The city of Yamunanagar is one of the places which stands tall to the message of "Unity in Diversity". It is one of the melting pots of many forms of culture and people from varied backgrounds and religions, co-exist in harmony in this industrial hub of Haryana. Known as "Abdullahpur" in the erstwhile era, this city has witnessed a tremendous influence of multiple cultures. Before independence, this place was a small village connected by the Jagadhri Railway Station. It was during the time of partition, that many refugees came to this place and took shelter and refuge.

Areas like Model Town, Rampura Colony, Model Colony etc. are areas, which have a mixed culture as these were the places where the refugee camps were initially made. Post the event of partition, many Punjabis from Pakistan and India, chose this place as their habitat and got permanently settled here. Therefore, one can witness a strong influence of Punjabi culture in this place. 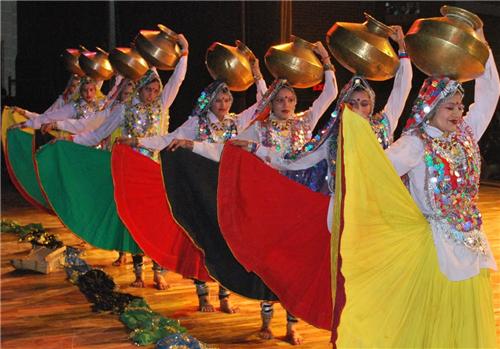 Languages and Religion in Yamunanagar

The principal languages spoken in Yamunanagar are Punjabi, Haryanvi and Hindi. Though, with the advent of a lot of industrialization the English language has also found its use in various commercial and official set ups. The people use the language of Punjabi extensively in areas like Model Town, Rampura Colony etc. 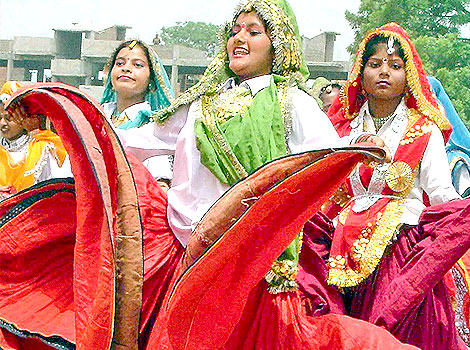 The major religions followed here include the Sikh, Hinduism, Buddhism, Jainism and Islam. There are many Gurudwaras across the city of Yamunanagar. There are many Hindu temples as well in this area like the Shiv Temple, Ram Mandir etc.

However, one of the major sites of Buddhism is at a distance of 5 kilometres from the city of Yamunanagar and therefore, there is a lot of influence of Buddhism in and around this place. The famous Stupa in the village of Sugh, which is close to Yamunanagar was the palce where Lord Buddha, himself delivered a sermon and it was from here that Buddhism spread across to different parts of Haryana.

Arts and Crafts in Yamunanagar 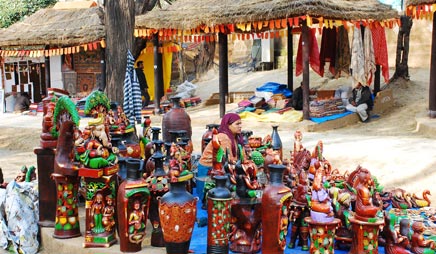 There are  many Museums in Yamunanagar, which are maintained by the government and have articrafts from the pre-independence era as well. There are many villages and interior places in Yamunanagar, which are famous for its earthen pottery and handicrafts. Also, there are many place in Yamunanagar like Wood Point, which make brilliant show pieces of wood. In addition, there are a lot of other handicrafts like shawls, which are very close in resemblance to the Kashmiri ones, which are made here and are very popular in this city and also are exported to other places.

Most of the Indian festivals are celebrated in this city and people of this place come together in groups to celebrate the festivals in unison. 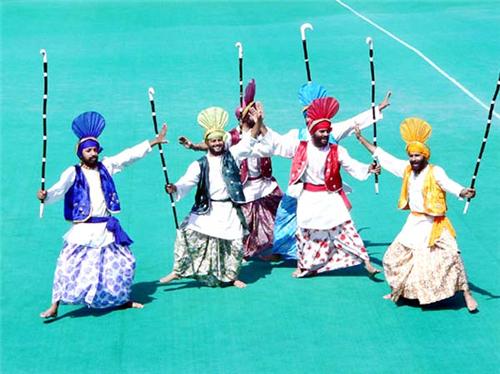 Some of the common festivals, which are celebrated in this city are as follows:

Baisakhi - This festival of Harvest is celebrate by the Punjabis and it symbolises the first harvest and is celebrated in the month of April.

Gangore - This festival is mostly celebrated by girls in order to get spouses as per their wishes and also celebrated by married women for the safety of their husbands. In this festival, the Goddess Durga is worshiped in the avatar of Gauri and idols of Ishar and Gangore are immersed in water by the ladies, while they sing devotional songs. Also, many processions are taken out in the city and the idols of Gauri are beautifully decorated.

Janmashtami - This festival marks the birth of Lord Krishna and is celebrated with aplomb across the city and people sing a lot of devotional songs and perform dance dramas known as Raslila.

Basant Panchami -  This festival is celebrated with a lot of enthusiasm and is marked by flying kites and is celebrated on the fifth day of the month of Magh, as per the Indian calendar. This festival symbolises the advent of spring and marks the end of winter and people were yellow clothes on this day to celebrate.

Other festivals, which are celebrated in a grand way are Holi, Diwali, Christmas et al.

Therefore, the city of Yamunanagar has a very vibrant culture and as a visitor, one can witness the colourful and the gorgeous celebrations that happen in Yamunanagar across the year, due to the different festivals that are celebrated in the city.